"Am I the chip leader?" Mike Leah joked to us minutes ago.

He's amassed a 7,000-chip stack in the first two levels, which is a chore when the limits are so low.

"It's even harder to stay awake," Leah said with a smile.

When we reached the Table 371, the board read

completed the board, and Shulman tossed out a bet. Buchman quickly called, then mucked when Shulman tabled

for a turned flush.

There seems to be some kind of special bond between November Niners, because every time we see them interact, they do so as if they're old friends. In this instance, as soon as the hand was over, Buchman was asking Shulman about where he was playing these days. The two started talking about the games in Vegas, and were very pleased to be in each other's company. 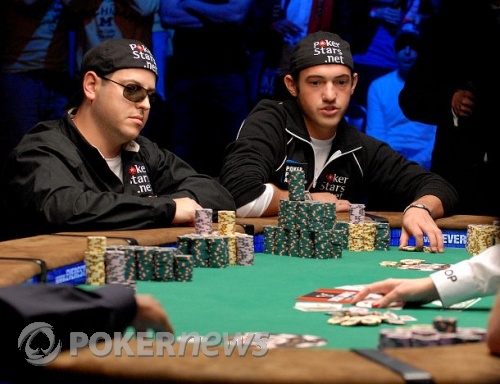 Outside of the 2009 Main Event, both players have had great success at the WSOP. Buchman won a bracelet in 2010, and finished runner-up to Kianoush Abolfathi in this event last year. Shulman does not have a WSOP gold bracelet, but 2009 was the second time he had made the WSOP Main Event final table in the 2000's. 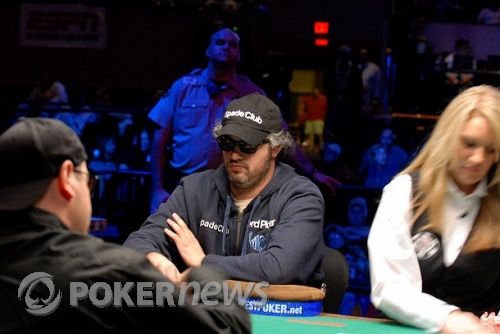 Limit hold'em can be brutally slow, especially for younger no limit hold'em wizards. Joseph Cheong is certainly a wizard himself, and the following tweets with Jonathan Aguiar and Shaun Deeb prove this to be true.

Notable Players in the Field

It's time for some Limit Hold'em here in Event 13. Last year, a field of 675 players came out for this event and it was won by Harrison Wilder, who claimed his first World Series of Poker gold bracelet and over $205,000.

This year's field size should be about the same and the tournament staff is confident about the numbers reaching at least 600 once again. That will make for a nice event with a solid prize pool up for grabs.

Play is scheduled to kick off at 5:00 PM, so stay tuned for the PokerNews coverage live from the event.